We would like to offer our sincere support to anyone coping with grief. Enter your email below for our complimentary daily grief messages. Messages run for up to one year and you can stop at any time. Your email will not be used for any other purpose.

Share a memory
Obituary & Services
Tribute Wall
Read more about the life story of Morris and share your memory.

A 1955 graduate of New Albany High School, Wayne was an Eagle Scout. He attended Anderson College and graduated with Bachelors and Masters degrees from Ball State University. Wayne served in the U.S. Army 1962-1964. Before teaching, he served as a district executive with Boy Scouts of America.

On Aug. 11, 1957 he married Arlene Elizabeth Grigsby in Anderson, IN. They were married for over 65 years

Along with his parents, he was preceded in death by a son, Marc Randolph, a sister, Marilyn Peyton and two brothers, Don Randolph and Merle Randolph.

Wayne retired from Goshen Community Schools in 1997 where he was the Director of Guidance and Counseling. A member of First Methodist Church, Goshen for almost 50 years, he sang in choir and was a member of the Fisherman Sunday School class. Wayne enjoyed traveling, reading, sailing, running, chess and playing cards. Upon retirement he spent his winters in Clearwater, FL.

A memorial service will take place at First Methodist Church, 214 S 5th Street Goshen, In.  on Saturday, 12/3/22 at 11 am with a visitation at 10 am. Pastor Diana Siegel and Rev Ben Whirledge will be officiating. A luncheon reception immediately following the service in the Garden Room.

In lieu of flowers, memorial gifts may be directed to First Methodist Church, Goshen.

Elkhart Cremation Services has been entrusted with his care.

To send flowers to the family or plant a tree in memory of Morris Wayne Randolph, please visit our floral store. 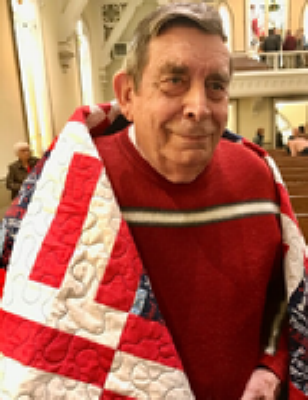 Look inside to read what others
have shared
Family and friends are coming together online to create a special keepsake. Every memory left on the online obituary will be automatically included in the book.

Look inside to read what others have shared

Family and friends are coming together online to create a special keepsake. Every memory left on the online obituary will be automatically included in the book.

You can still show your support by sending flowers directly to the family, or by planting a memorial tree in the memory of Morris Wayne Randolph
SHARE OBITUARY
© 2023 Elkhart Cremation Services. All Rights Reserved. Funeral Home website by CFS & TA | Terms of Use | Privacy Policy | Accessibility