We would like to offer our sincere support to anyone coping with grief. Enter your email below for our complimentary daily grief messages. Messages run for up to one year and you can stop at any time. Your email will not be used for any other purpose.

Share a memory
Obituary & Services
Tribute Wall
Read more about the life story of Robert and share your memory.

CONSTANTINE-Robert J. Brindley, 98, of Constantine, MI, died November 30, 2022 at the Edgewood Nursing Home in Three Rivers, Michigan. He was born on July 19, 1924, Bristol, Indiana to the late James and Leone(Leatherman) Brindley. He is survived by four nieces, Susan Stears, Constantine, MI, Madaline Peters, Flagler Beach, FL., Kathy(Marty)Moord, Vandalia, MI., Terri(Kim)VanMarter, Flagler Beach, FL., and two nephews Kim(Alechia)Evans, Vandalia, MI, and Keith(Alice)Evans, MN. Surviving also are 17 great nieces and nephews, 29 great great nieces and nephews and 3 great great great nephews.
Mr. Brindley served in the Army during World War II from March 30, 1943 through December 2, 1945. He served as a T/5 Demolitions Specialists, receiving the European African Middle Easter Campaign Medal with one Silver Service Star and Good Conduct Medal including a Distinguished Unit Badge. He was in battles in Northern France, Ardennes, Rhineland, and Central Europe.
His first job, after serving his country and getting his education, was a store in Ft. Wayne, Indiana that sold fine furniture.  It was there he discovered and honed his skill as an interior designer.  He then accepted a position as designer at LS Ayres flagship store in Indianapolis, Indiana. A position he kept until he retired.  Bob was a man who not only had vision but could make his vision a reality. He was an amazing cook and host.  He had a wonderful dry wit.  He will be greatly missed by his friends and family.

To send flowers to the family or plant a tree in memory of Robert J Brindley, please visit our floral store. 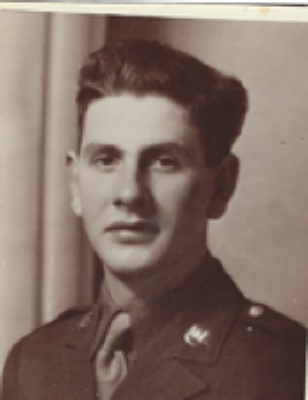 Look inside to read what others
have shared
Family and friends are coming together online to create a special keepsake. Every memory left on the online obituary will be automatically included in the book.

Look inside to read what others have shared

Family and friends are coming together online to create a special keepsake. Every memory left on the online obituary will be automatically included in the book.

You can still show your support by sending flowers directly to the family, or by planting a memorial tree in the memory of Robert J Brindley
SHARE OBITUARY
© 2023 Elkhart Cremation Services. All Rights Reserved. Funeral Home website by CFS & TA | Terms of Use | Privacy Policy | Accessibility